.
After a two-year investigation, the Catholic Diocese of Green Bay is set to release its findings about apparitions at an area shrine. 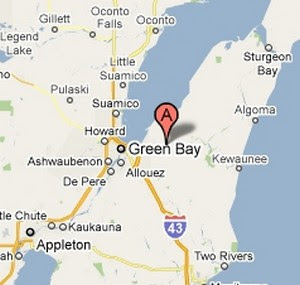 If the apparitions are decreed true, it would be an extremely rare occurrence.

For more than 150 years the Shrine of Our Lady of Good Help, outside New Franken, has been the sight of some amazing, supernatural accounts.

In 1859, a young Belgian woman reported the Mother Mary appeared to her here on three separate occasions, and the shrine was established.

Twelve years later, it's where everyone fled to during the Peshtigo Fire, praying for safety.

"The rains came during the night, stopped the fire, and it was when dawn broke the next day they witnessed what had happened. Everything around this spot as far as you could see in any direction was nothing but ashes," shrine caretaker Karen Tipps says.

For the past 18 years, Tipps and her husband have been caretakers of the shrine owned by the Green Bay diocese.

She says over the years there have been hundreds of stories of people coming to the shrine and being healed. Old crutches and canes were left behind.

"They know, the doctors know, but it's just now the point some of those need to be documented," Tipps says.

During a 10 o'clock mass this coming Wednesday morning, Bishop David Ricken will announce if the shrine is formally declared an apparition sight of the Virgin Mary.

If he does, it will be the only apparition ever approved by decree in the United States. WBAY-TV

I've visited there on my journeys. Very simple place.