St. Thomas fundraising campaign raises more than $500 million for projects and an endowment 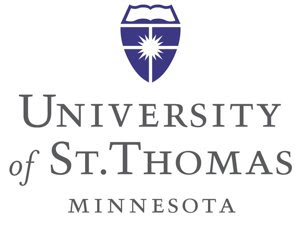 The University of St. Thomas has announced the completion of the most successful fundraising campaign of any private institution of higher education in Minnesota and its four neighboring states.
Gifts and pledges totaling $515,104,773 have been generated in the university’s “Opening Doors” capital campaign, Father Dennis Dease, the school’s president, told a dinner audience Oct. 17 in the Anderson Athletic and Recreation Complex.
“The campaign transformed our campus with stunning new facilities. But most significant was our single-largest goal, raising $142 million for financial aid that will open the doors to a St. Thomas education for future generations of students from all economic and cultural backgrounds,” Father Dease said.
The university’s board of trustees approved a $500 million goal and the campaign was announced publicly in October 2007.
“The 43,539 alumni and friends who made contributions were key to our success,” Father Dease said. “That is nearly twice as many donors as our previous campaign and a demonstration of the depth of feeling for St. Thomas on the part of a tremendous number of people. It was truly a community effort.”
The campaign benefited from three gifts of more than $50 million each — two of them made anonymously — and from two large challenge grants. An anonymous donor made one challenge grant in 2010 for $25 million, and St. Thomas trustees made a second challenge grant for $20 million earlier this year. When matched, the challenge grants collectively added $90 million to the campaign and pushed the total beyond the $500 million goal.


True to its roots

Opening Doors was launched with news of a $60 million gift from St. Thomas trustee Lee Anderson and his wife, Penny. The gift helped underwrite three major construction projects on the St. Paul campus: the 2012 Anderson Student Center, the 2010 Anderson Athletic and Recreation Complex and the 2009 Anderson Parking Facility.
The campaign was co-chaired by two longtime St. Thomas trustees and their wives, John and Susan Morrison and Richard and Maureen Schulze.
“Creating that pool of scholarship and financial-aid resources for students of diverse backgrounds speaks to our deepest roots,” Father Dease said. “Archbishop Ireland founded St. Thomas, in large measure, to serve Minnesota’s growing immigrant community.”
Mark Dienhart, executive vice president and chief operating officer of St. Thomas and director of the campaign, thanked students, faculty and staff for their contributions.
“It’s inspiring that more than 3,300 students contributed to the campaign, and we know they don’t have money to spare,” Dienhart said. “Faculty and staff also pitched in and did so at record levels. Their participation rate jumped from 15 percent to 58 percent during the course of the campaign. That’s impressive.”

Opening Doors’ priorities addressed the campaign’s three themes: access, excellence and Catholic identity. St. Thomas raised nearly $254 million for financial aid and academic programs and another $176 million for construction and renovations. It also raised $52 million in other restricted gifts and $32 million for the Annual Fund.

Funds raised for construction projects include:

The most visible signs of Opening Doors are the three new Anderson structures. Along with their construction came an enlarged lower quadrangle with a fountain and new plaza that links the quadrangle to the entrance of O’Shaughnessy Stadium.
The three facilities had been on St. Thomas’ wish list for years, the school said in an Oct. 17 press release. The student and athletic centers replaced outdated facilities designed for a much smaller student population. The parking structure has eased parking problems and was essential because the new student center was built on what had been a 400-space surface lot, the school said.
While those facilities will serve students for many generations, so will funds raised for scholarships and professorships. Opening Doors, for example, created 309 newly endowed scholarships, each valued at $50,000 or higher. The number of endowed chairs and professorships, meanwhile, will increase from 17 to 36.
The university honored the four Opening Doors co-chairs at the Oct. 17 dinner. John Morrison and Richard Schulze received the Archbishop John Ireland Award for contributions to higher education. Susan Morrison and Maureen Schulze received honorary doctor of humane letters degrees.
Posted by Unknown at 9:20 PM No comments: