Archdiocesan Marriage and Life Forum at UST to be Met with Homosexual Protestors, Saturday Morning, Apr 17

Archdiocesan
Office for Marriage, Family and Life.
An archdiocesan-wide initiative, inspired by Archbishop John Nienstedt, aimed at helping the faithful “Understand the Cultural and Legal Battle” over the restoration of marriage and the respect for human life. FREE

[West of Cretin Avenue at Grand]

Demonstrators
are expected from the following groups
between 8:30 and 10:00 a.m. 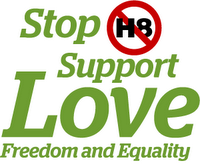 A coalition of Minnesota groups are planning a protest against Maggie Gallagher and Bishop Salvatore Cordileone, two high profile members of the Prop 8 campaign to take marriage rights away from same-sex couples in California, who will be appearing at the University of St. Thomas on April 17.

OutFront Minnesota, All God’s Children Metropolitan Community Church, the Catholic Pastoral Committee on Sexual Minorities, and the Institute for Welcoming Resources have joined together to voice their opposition to anti-LGBT discrimination.

The group has put together a Facebook event about the protest and here’s the information from OutFront Minnesota.

[Archbishop John C. Nienstedt and the Office for Marriage, Family and Life] is inviting Maggie Gallagher, President of the anti-gay National Organization for Marriage (NOM), and Bishop Salvatore Cordileone, one of the creators of California’s Proposition 8, to its campus to bring their campaign of discrimination against gays and lesbians to Minnesota.

Join OutFront Minnesota, All God’s Children Metropolitan Community Church, the Catholic Pastoral Committee on Sexual Minorities, and the Institute for Welcoming Resources (a program of The Task Force) in protesting Proposition 8 and the discrimination NOM has been fighting for across the country!
Posted by Unknown at 5:22 PM