.
Religion and Morality Essential Parts of a Freedom-Loving Society

This October the Catholic Church throughout the United States will observe Respect Life Month, an annual tradition now in its fortieth year. 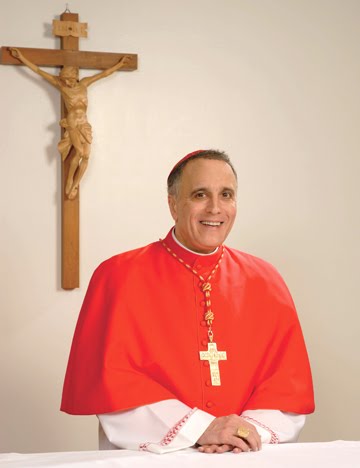 Beginning on October 2, 2011—Respect Life Sunday—Catholics across the nation will join together to witness to the inherent equality and transcendent value of every human being.

In countless liturgies and events we will give thanks to God for the gift of human life, and pray for his guidance and blessings on our efforts to defend the most vulnerable members of the human family.

We will voice our opposition to the injustice and cruelty of abortion on behalf of those victims whose voices have been silenced. At the same time, we will remind the living victims of abortion—the mothers and fathers who grieve the loss of an irreplaceable child—that God’s mercy is greater than any human sin, and that healing and peace can be theirs through the sacrament of reconciliation and the Church’s Project Rachel Ministry.

The theme chosen for this year’s Respect Life Program is I came so that all might have life and have it to the full. In this brief explanation of his mission (cf. John 10:10), Jesus refers both to our hope of eternal life, to be restored through his death and resurrection, and to our life in this world.

By following Jesus’ new Commandment of unselfish love, our lives can be richly fulfilling, and marked by joy and peace. In contrast, treating others as either means or obstacles to one’s self-serving goals, while never learning to love generously, is an impoverished way to live.

Viewing life as a “zero sum” game, in which advancing one’s interests requires putting aside the needs of others, can lead to callous unconcern for anyone who is especially weak, defenseless, and in need of our help. The unborn child, the aging parent who some call a “burden” on our medical system, the allegedly “excess” embryo in the fertility clinic, the person with a disability, the cognitively impaired accident victim who needs assistance in receiving food and water to live—each today is at risk of being dismissed as a “life unworthy of life.”

Jesus’ promise of “life to the full” is especially poignant today, when our culture and sometimes our government promote values inimical to the happiness and true good of individuals and society. We face increasing attempts to expunge God and religious discourse from public life. This promotes the dangerous proposition that human beings enjoy no special status by virtue of their God-given humanity. Some now even seek to eliminate religiously motivated people and organizations from public programs, by forcing them to violate their moral and religious convictions or stop serving the needy.

The same forces, aided by advertising and entertainment media, promote a selfish and demeaning view of human sexuality, by extolling the alleged good of sexual activity without love or commitment. This view of sex as “free” of commitment or consequences has no place for openness to new life. Hence contraceptives are promoted even to young teens as though they were essential to women’s well-being, and abortion defended as the “necessary” back-up plan when contraceptives fail. And fail they do. Studies report that most women seeking abortions were using contraception in the month they became pregnant. Again and again, studies show that increasing access to contraception fails to reduce rates of unplanned pregnancies and abortions.

Both these trends—a distorted view of sexuality and a disdain for the role of religion—are exhibited by the Department of Health and Human Services’ recent decision on the “preventive services” to be mandated in virtually all private health plans under the new health care law. The Department ruled that such mandated services will include surgical sterilization and all FDA-approved contraceptive drugs and devices—including the abortifacient drug “Ella,” a close analogue to the abortion pill RU-486.

The decision is wrong on many levels. Preventive services are aimed at preventing diseases (e.g., by vaccinations) or detecting them early to aid prompt treatment (e.g., screening for diabetes or cancer). But pregnancy is not a disease. It is the normal, healthy state by which each of us came into the world. Far from preventing disease, contraceptives can have serious health consequences of their own, for example, increasing the risk of acquiring a sexually transmitted disease, such as AIDS, increasing the risk of breast cancer from excess estrogen, and of blood clots that can lead to stroke from synthetic progestin. Mandating such coverage shows neither respect for women’s health or freedom, nor respect for the consciences of those who do not want to take part in such problematic initiatives.

The “religious employer” exemption offered by the Department is so extremely narrow that it protects almost no one. Catholic institutions providing health care and other services to the needy could be forced to fire their non-Catholic employees and cease serving the poor and vulnerable of other faiths—or stop providing health coverage at all. It has been said that Jesus himself, or the Good Samaritan of his famous parable, would not qualify as “religious enough” for the exemption, since they insisted on helping people who did not share their view of God.

All these misguided efforts to foster false values among our youth, to silence the voice of moral truth in the public domain, and to deprive believers of their constitutionally-protected right to live according to their religious convictions, must be resisted by education, public advocacy, and above all by prayer.

The founders of our nation understood that religion and morality are essential to the survival of a freedom-loving society. John Adams expressed this conviction, stating:

“We have no government armed with power capable of contending with human passions unbridled by morality and religion. Our Constitution was made for a moral and religious people. It is wholly inadequate for the government of any other.”

Catholics must not shrink from the obligation to assert the values and principles we hold essential to the common good, beginning with the right to life of every human being and the right of every woman and man to express and live by his or her religious beliefs and well-formed conscience.

As Pope Benedict XVI reminded us last year in one of his Ad Limina addresses to visiting bishops, “a society can be built only by tirelessly respecting, promoting and teaching the transcendent nature of the human person.” That common nature transcends all accidental differences of age, race, strength, or conditions of dependency, preparing us to be one human family under God.

During this Respect Life Month, as we celebrate God’s great gift of life, let us pray and reflect on how each of us might renew our commitment and witness to “respecting, promoting and teaching the transcendent nature of the human person,” thereby shoring up the foundations of a society sorely in need of this guidance. Courageous Priest