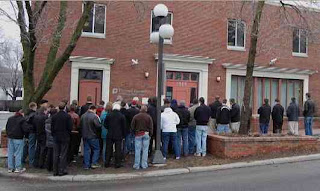 .
St. Thomas’ Knights of Columbus members have a tradition of praying in front of Planned Parenthood every Friday.

The group meets at 3:15 p.m. in the lobby of St. John Vianney Seminary and then car pools to the business on Ford Parkway in Highland Park.

Junior Sean Grismer said the group consists mostly of seminarians, but it welcomes everybody and has seen an increase in non-seminarians so far this school year.

While praying outside the business, Grismer said the group never goes unnoticed.

“When cars drive by, some will honk their horn to either show support, or to show that they’re against us,” Grismer said. “The ones who hold down their horn, it’s usually anger, but if they only beep their horn a couple of times, usually you can tell they’re supporting us.”

Kathi Di Nicola, Planned Parenthood’s director of media relations, said the group of St. Thomas students is very peaceful and respectful, but still puts a lot of pressure on patients.

“It’s hard on our patients who are seeking reproductive health care to have to run the gauntlet of protesters,” Di Nicola said. “It can add another layer of stress on a visit that’s already emotionally charged.”

Grismer said more intense protestors picket in front of Planned Parenthood on Saturdays when it performs abortions. But he said the group of St. Thomas students expresses their concern in a different way.

“Our world is filled with so much noise as it is,” Grismer said. “We’re trying to show them that we’re not angry with them, that we love them and there are other ways even in the hardest times.”

From the Comments: Atheist and Agnostic Pro-Life League Library