Roman Catholic bishops throughout the United States are planning a massive postcard campaign days after the inauguration as part of an attempt to block the Freedom of Choice Act, known as FOCA, a reproductive health initiative supported by President-elect Barack Obama. But one Minnesota priest is breaking ranks with the national campaign, raising the ire of local and national pro-life Catholics, including some who are calling for his excommunication from the church.

“Our nation and new president will be challenged by ongoing wars, an economy in severe recession, ballooning deficits, high unemployment and an environment and health care system in crisis,” wrote the Rev. Michael Tegeder of St. Edward’s Church in Bloomington. “Yet at this very moment the Catholic bishops have declared that they have this more pressing need.”

That need is to organize a postcard campaign targeting legislators and Obama over abortion legislation.

FOCA will stir a heated debate in upcoming months. Obama pledged to sign it if Congress passes it. “The first thing I’d do, as president, is sign the Freedom of Choice Act. That’s the first thing that I’d do,” he told Planned Parenthood supporters at a campaign event in 2007.

FOCA would essentially codify the reproductive rights that were interpreted by the U.S. Supreme Court in Roe v. Wade.

“A government may not deny or interfere with a woman’s right to choose to bear a child, to terminate a pregnancy prior to viability, or to terminate a pregnancy after viability where termination is necessary to protect the life or health of the woman; or discriminate against the exercise of the rights set forth in paragraph in the regulation or provision of benefits, facilities, services, or information.”

Tegeder penned his opinion in a letter to the Star Tribune, targeting the bishops’ intent to pressure Obama on FOCA. Tegeder said that among the many problems with the postcard campaign, the bishops are attacking Obama instead of finding common ground.

“We can do many positive things. Indeed, Obama has stated that he wants to reduce the number of abortions. We should work with him on doing this,” Tegeder wrote. “During this season of goodwill, let us offer our new president some and hold back on the confrontation. And to the bishops: Your Graces, remember grace.”

“When I signed up 35 years ago to be a priest, little did I realize that postcards would be an essential tool of ministry in the Catholic Church,” said Tegeder. He pointed to Neinstedt and his postcard campaigns pushing a Republican-led same-sex marriage ban several years ago.

“To someone who did not see this as necessary, it seemed a waste of time and money. It also generated some unnecessary ill will,” wrote Tegeder.

Neinstedt recently weighed in on the FOCA debate and seems to be enthusiastically in support of stopping the legislation. “In effect, FOCA would certainly be a boon to the abortion industry with the government forced to condone and promote such procedures,” Neinstedt wrote on the Archdiocese Web site. “It is hard to imagine a more radical piece of pro-abortion legislation.”

While the Archdiocese hasn’t publicly commented on Tegeder’s letter, members of the laity have. One Catholic blogger called for his excommunication.

Another is initiating a postcard campaign of her own, directed at Tegeder. “Reducing abortions is not an acceptable goal. Stopping abortion entirely is,” wrote a St. Paul Catholic blogger. “Education is a large part of the effort. Father [Tegeder] may need some help understanding this.”

Another Minnesota Catholic blog wrote that Tegeder “not only endangers his own immortal soul, but also those of his parishioners.” 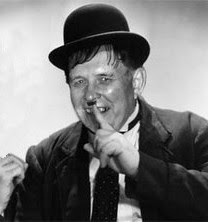 Tegeder has been a controversial member of Minnesota’s Catholic hierarchy. He has supported moves toward inclusion of gays and lesbians in the church, opposes the church ban on priests marrying, and once called Neinstedt “self-righteous” and “a bully.” The Minnesota Independent

It's amazing that some people still do not understand that the very first social issue is the right to life, and that the rest are irrevelent without it.

Ray: He linked to both of us. Notice I'm the one holding the gun (per the avatar you posted). ROFL!

Good. Get some folks riled up. That's what I need. Happy New Year!

This is like insider trading as far as I'm concerned.

Sounds like sour grapes to me, Terry. Now if you had posted something on the happenings at St. Eddies in West Bloomington, I might have posted a picture of you there, too.

But I have two or three hundred of the ones you have used on your blog. I might not have had the time to select the ideal pose.

thanks for this post - we need to pray for this wayward priest.

Take a look at Father's bulletin this week entitled "Saint Edward, an Early Feminist". He should be removed from ministry. Now.

The CPCSM has of course, been condemned by the Archdiocese.

Let’s not forget that Michael Tegeder, in order to snub the Archbishop’s stoppage of the missuse of Form 3 General Absolution, (and possibly support his own organizational laziness)held a non-sacramental reconciliation service last month without the benefit of absolution.

Oh by the way he allowed the break-away dissenters group known as Call To Action to meet at his church on November 15th, 2008, and he has directly supported the banned catholic pastoral committee on sexual minorities in working with the children and adults of his parish.