.
On Saturday, May 24, 2008, parishioners at Holy Redeemer in Maplewood celebrated their final liturgy in the building that had housed their weddings, meetings and Masses since 1970. 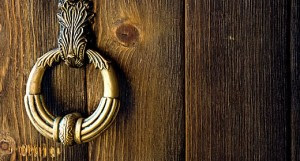 At the end of the Mass, Larry Mc­Carthy, 64, and another longtime parishioner John Miller, 74, pushed the altar into a cubby designed for its storage, and they shut the door.

“It was like closing the lid on a coffin,” McCarthy said.

The parish was merging with St. Peter in North St. Paul in an effort to use the area’s Catholic resources more efficiently. But most Holy Redeemer parishioners felt their parish was closing. Under the merger, Holy Redeemer’s church building would not be used.

In this case, Holy Redeemer parishioners had little warning and little time to grieve. Many felt as if the transition was imposed on them and that they had no voice in the matter, said Larry’s wife, Peggy, 61.

Today, the McCarthys are involved in St. Peter’s parish life, but they still struggle with the heartbreak of losing their church and former parish community, they said.

Throughout the archdiocesan Strategic Planning Process for Parishes and Schools, church leaders have been deliberate in avoiding the mistakes made in the Holy Redeemer-St. Peter merger, said Jim Lundholm-Eades, a strategic planning task force member.

In that case, he admitted, things could have been done better.

The process was insufficient in hindsight, he said.

In contrast, engaging local Catholics has been central to the current archdiocesan planning process, which began in March 2009.

The task force presented their recommendations to Archbishop John Nienstedt in July.

The long process has allowed the task force to hear from all who wanted to share their hopes or concerns and to craft a comprehensive plan, Lundholm-Eades said.

When the Strategic Plan for Parishes is announced on Oct. 16-17, Catholics should have had time to prepare for the announcement. Adequate time will also be given to implement all changes the plan proposes, Lundholm-Eades added.

Canon law requires that a diocese be divided into distinct parts known as parishes. This community is entrusted to a pastor’s care. Only a bishop of a diocese, or archbishop of an archdiocese, can decide to change a parish in any way — including the closing of a parish, which canon law calls “suppression.”

Suppression, however, is less common than other parish reconfigurations. A parish is suppressed when there is no longer any Catholic community in its territory, or when no pastoral activity has taken place for 100 years.

Instead of suppression, it is more common for parishes to merge, as in the cases of Holy Redeemer and St. Peter, and with St. Gregory, St. Therese and St. Leo, which merged to form Lumen Christi in 2006. Sometimes the merged parish uses more than one physical location, worship site, or administrative center for a period of time or permanently. In other cases, the merged parish may close a building in order to use its resources ef­fectively.

“A merger is a merger of people that also involves closing or repurposing a building in many cases,” Lundholm-Eades said.

The archdiocese is developing a re­source manual to guide parishes through restructuring, including church closings. It will contain information on creating inventories of sacred objects and artistically or architecturally significant works and options for their reuse, which includes incorporation into the new church’s space.

Church buildings cannot be legally sold for any use that would contradict church teaching.

Sometimes, they are sold to other Christian denominations, as was the case for Holy Redeemer’s church building. The parish sold it to the Twin Cities Bible Church in February 2008 for $2 million.

In the Archdiocese of St. Paul and Minneapolis, the parish community — not the archdiocese — receives the assets of the church building at its sale, Lundholm-Eades said.

However, the archdiocese does have to approve the alienation of property, which would include selling a church building. Each case would be treated individually, he added.

In the past 10 years, 80 percent of U.S. dioceses and archdioceses have undergone some kind of restructuring process similar to what the Archdiocese of St. Paul and Minneapolis is undergoing, Lundholm-Eades said. Of those, 67 percent have merged significant numbers of parishes.

Last spring, the Parish Services Team met with parish leaders to explain the planning process’ status. It urged leaders to reflect on their parishes’ strengths and the unique traditions they would want to take into the future. Vestiges of Holy Redeemer are present now at St. Peter.

In December 2006, Archbishop Harry Flynn assigned Father Daniel Griffith, St. Peter’s pastor, to Holy Redeemer as well. The two parishes held seven Masses each weekend between them. Their merger was announced in April 2007, and they merged in July 2007.

At the time of the Holy Redeemer-St. Peter merger, St. Peter was in the midst of a church renovation. The merger was expedited partly because Father Griffith wanted parishioners from both parishes to move into the new space together, he said.

He emphasized that the church renovation and expansion was long needed, and that it would have gone forward even if St. Peter never merged with Holy Redeemer, despite rumors speculating otherwise.

As part of the renovation, the architects designed a daily Mass chapel in the nave of the original church. The parish named it Holy Redeemer Chapel to honor the parish and its former pastor, Father Austin Ward, who died in 2003. The parish has also used Holy Redeemer’s processional cross at Mass, and it recently installed another cross from Holy Redeemer’s garden.

About 75 of the 225 families who previously attended Holy Redeemer joined St. Peter, he said. Because Holy Redeemer drew members from 27 ZIP codes, some of its parishioners went to parishes nearer to home. Others joined nearby St. Jerome in Maplewood, or St. Cecilia in St. Paul, which reminded them of Holy Redeemer. Some left the church completely, Father Griffith said.

Of those who did join St. Peter, many have taken integral roles in parish life, he said. They’ve become greeters, lectors and extraordinary ministers of the Eucharist.

Today, Father Griffith doesn’t automatically distinguish a parishioner as originating from Holy Redeemer or St. Peter, he said. Yet, he is aware of the hurt and in some cases, anger, which former Holy Redeemer parishioners still feel, and he is mindful to invite them to serve in parish ministries.

“I was . . . moved when I saw these people from Holy Redeemer take this leap of faith and come over to the new parish even though they were coming from a smaller parish,” he said. “What a great statement about their faith and the type of charity in their heart, that they’re willing to take that risk and get involved.” The Catholic Spirit

Sad but true reality of the manufactured priest shortage(I'm starting to agree with Good Bye, Good Men on that one).