Communion in the Hand: loss of faith in the real Presence of Christ in the Eucharist 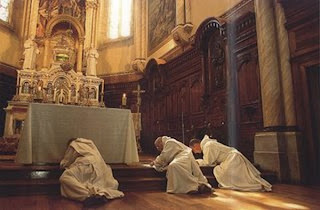 .
Archbishop Malcolm Ranjith, the Secretary of the Congregation for Divine Worship, one of the Vatican's growing contingent of Asian bishops, recently gave an interview to Fides, the news agency of the Congregation for the Evangelization of Peoples. Father Tim Finnegan who blogs at the Hermeneutic of Continuity in the U.K. reported on it in two posts; here is one on "Communion in the Hand":

Looking at my blog feeds the other day, I saw that Andrea Tornielli, and Luigi Accattoli picked up his reference to communion in the hand. Here is my translation of the relevant section:

Let us distinguish carefully. The post-conciliar reform was not entirely negative; on the contrary, there are many positive aspects in what has been realised. But there are also changes introduced without authorisation which continue to be carried forward despite their harmful effects on the faith and liturgical life of the Church.

I speak for example of a change that was brought about in the reform which was not proposed either by the Council Fathers or by Sacrosanctum Concilium, that is, communion in the hand. This contributed in a way to a certain loss of faith in the real Presence of Christ in the Eucharist. This practice, and the abolition of the altar rails, of kneelers in churches, and the introduction of practices which obliged the faithful to remain seated or standing during the elevation of the Most Holy Sacrament reduced the genuine meaning of the Eucharist and the sense of profound adoration which the Church should direct towards the Lord, the Only-begotten Son of God.

Thanks for the image, Terry

That is why my husband and I left the parish we were married at and moved to the Cathedral. Words were changed during the consecration and we both felt that it was wrong of us to continue going there when we knew that it was an invalid consecration.

You are welcome raay - I'm thinking of doing a post on this.

Well, at St. Peter's (that big liberal parish in Rome) they give Communion in the hand. If it's good enough for them it should be could enough for the local Our Lady of Holier Than Thou parish.

I don't agree with this. I can see why people think that communion on the tongue is more reverent, but for me receiving in the hand and raising the host to my mouth is important in a way that is hard to describe. My hands, the ones I in which I hold my children, my husband, my aging parents, my pen for grading papers, the car wheel, the food I prepare for family dinners, also and most importantly hold the living God. Wow.

I wouldn't leave the faith over this, I just don't think that hand=irreverence...there have to be a few zillion other factors involved.

Amen Ray! I truly believe that especially doing away with kneeling at the altar rail, in a humbling position, and not touching the host with our hands, really did take away the sense of awe or sacredness. Now days, its like people standing in a bread line waiting to receive their piece of bread. Please, I don't mean to be disrespectful, but unfortunately, many Catholics view the Eucharist as a meal rather than a sacrifice. After all the visible symbols we used are no longer there. I recently talked to my confirmation class about the true presence, and many did not know what that even meant. Many came right out and said that they thought communion was just something we did to remember the last supper. I don't think that this would have been an issue if they had been kneeling at the altar rail from the age of 7 or 8 on.

Good comment. The real presence is the key to the truth of the Catholic Church.

I am an extraordinary minister of Holy Communion at a hospital. I feel uncomfortable giving Communion to patients. But there is no other way many of these Catholics would be able to get it.

Thats ok Ray. Under those circumstances the service of an EME is necessary. As a nurse I often had to work 12-14 hour shifts on weekends and was unable to go to mass and it was nice to be able to receive the Eucharist because of folks like you going to hospitals and nursing homes. God love folks like you.

Thank you, Susan W. Yes, it is a needed service.