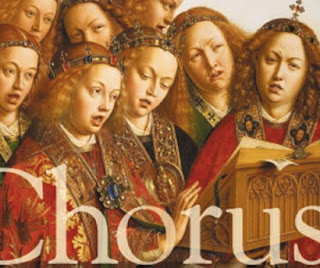 .
After reintroducing the Latin Tridentine Mass, the Pope wants to widen the use of Gregorian chant and baroque sacred music. In an address to the bishops and priests of St Peter's Basilica, he said that there needed to be "continuity with tradition" in their prayers and music.

He referred pointedly to "the time of St Gregory the Great", the pope who gave his name to Gregorian chant.
Gregorian chant has been reinstituted as the primary form of singing by the new choir director of St Peter's, Father Pierre Paul. He has also broken with the tradition set up by John Paul II of having a rotating choir, drawn from churches all over the world, to sing Mass in St Peter's.

The Pope has recently replaced the director of pontifical liturgical celebrations, Archbishop Piero Marini, with a man closer to his heart, Mgr Guido Marini. It is now thought he may replace the head of the Sistine Chapel choir, Giuseppe Liberto. The International Church Music Review recently criticised the choir, saying: "The singers wanted to overshout each other, they were frequently out of tune, the sound uneven, the conducting without any artistic power, the organ and organ playing like in a second-rank country parish church."

Mgr Valentin Miserachs Grau, the director of the Pontifical Institute of Sacred Music, which trains church musicians, said that there had been serious "deviations" in the performance of sacred music. "How far we are from the true spirit of sacred music. How can we stand it that such a wave of inconsistent, arrogant and ridiculous profanities have so easily gained a stamp of approval in our celebrations?" he said. He added that a pontifical office could correct the abuses, and would be "opportune". He said: "Due to general ignorance, especially in sectors of the clergy, there exists music which is devoid of sanctity, true art and universality."

Mgr Grau said that Gregorian chant was the "cardinal point" of liturgical music and that traditional music "should become again the living soul of the assembly".

The Pope favoured the idea of a watchdog for church music when he was the cardinal in charge of safeguarding Catholic doctrine. He is known to be a strong supporter of Mgr Grau, who is also in charge of the Cappella Liberiana of the Basilica of Santa Maria Maggiore in Rome. UK Telegraph

I enjoy singing, but unfortunately there are no places that I know of here in North Dakota to learn them. Are there any places in St. Paul to learn them?

I don't think, Susan that there are formal chant classes.

The one I joined last Summer was done by a man who also was the director of a parish choir here, St Raphael's in Crystal, just outside Minneapolis. Ben Blackhawk

I know there is another one in Mankato run by a professor who is also a semi-professional musician. Nathan Knutson.

Ben indicated that he might be interested in started a female schola next summer. He teaches math in high school, so summer is his only free time (he also has six kids).

Of course the most accomplished schola is at St Agnes in St. Paul. I've forgotten the name of the organizer there.