Adoro, as we call her, who blogs at Adoro Te Devote, yesterday raised another 21st Century moral issue that rarely is talked about: contraception. 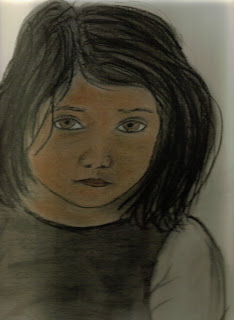 Did I Kill My Little Girl?

I am terrified to write this post. There are some parts of my past that I have alluded to but have never come out directly to admit, and part of that is pride; I want to be seen as a "good Catholic girl." The truth is that maybe today I'm mostly a "good Catholic woman" but in the past, I was not. I got lost and I bought into our culture, and it's terrifying and even humiliating to admit the mistakes I made while I was wandering around in the desert of my own creation.

A few years ago, I was involved in a long-term relationship, and we used contraception. I remember my willful ignorance, most of which I gained from "informed" sources, even when that information was contradicted. I had a roommate, a left-wing liberal social worker, who told me that contraception does, in fact, cause abortions. It does this because contraception cannnot necessarily suppress ovulation. And of ovulation occurs, and a child is conceived, that zygote cannot be implanted. Contraception makes the womb uninhabitable and flushes the new life out and away and into death. Read it all here!
Posted by Unknown at 9:56 AM