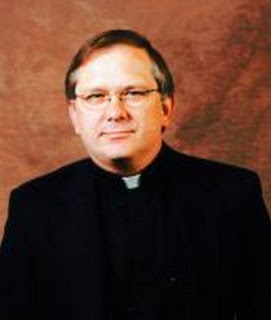 .
Surprised? Me, too! I thought the capital of Ruthenia was Grand Fenwick. I apologize to all the Ruthenians out there. I don't think there are many left in Duluth. There might be some in Chisholm.

Bishop Skurla, 51, will be installed Jan. 29 at the Cathedral of St. Michael the Archangel, in Passaic. Bishop-designate Dino will be ordained and installed March 27 at St. Helen Catholic Church in Phoenix.

The U.S. Eparchy of Passaic of the Ruthenians comprises Catholics of the Byzantine-Ruthenian rite in New Jersey, the District of Columbia and some 25 states, primarily on the East Coast and as far south as Florida.

William Skurla was born in Duluth, Minnesota, June 1, 1956 where he attended Catholic and public elementary schools. He graduated from Chisholm Junior-Senior High in 1974, and did Post-Graduate work in Deerfield Academy in Deerfield, Massachusetts, graduating in 1975.
He attended Columbia University in New York City, graduating with a concentration in Philosophy in 1981. He studied at Mary Immaculate Seminary in Northampton, Pennsylvania, receiving a Masters of Divinity in 1986 and a Masters of Theology in 1987.

He entered the Franciscan community in Sybertsville, Pennsylvania, was Solemnly Professed in 1985 and ordained to the priesthood in 1987. Following his ordination he served in many positions of responsibility, namely Vicar of Holy Dormitions Monastery in Sybertsville, Secretary of Custody, and Spiritual Assistant. Other responsibilities included his work in photography, computers and editing the community newsletter and the Eastern CatholicVocation Directory.

In 1996, having received and accepted his dispensation from solemn vows as a member of the order of Friars Minor, he was incardinated into the Eparchy of Van Nuys, where he had been serving for 3 years at St. Melany parish in Tucson.

He has continued in St. Melany Church until the present. He has served the Eparchy as the associate Editor of the Eparchial Newsletter, an Eparchial Consultor, member of the Deacon's Review Board, and the Metropolitan Youth Commission.

He has been active as the Secretary of the Arizona Eastern Clergy Association, and member of Jeus Caritas priest association, as well as many other inter-church activities in Tucson. Zenit and Van Nuys Eparchy

Grand Fenwick - you and I are probably the only ones who know where that is. LOL!

Those classics are priceless.