Messing with the Liturgy: The Problem of Narcissism in the Mass Today 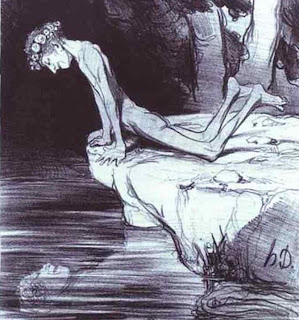 This article, published in the November 2007 issue of the Catholic Education Resource Center may be of interest. The full article may be found here.

It has been frequently noted that the mass since Vatican II has fallen victim to various kinds of irregularities.


This issue has been much discussed from various perspectives, but in this article we will examine a previously neglected aspect of the situation — namely, the psychological reasons why priests have introduced these changes. We will not deal with theological explanations for why the mass has been subject to liturgical experimentation, nor will we discuss liturgical rationales for such innovations. Instead, we will focus on the psychology of the priest and those assisting at the liturgy — that is, on the psychological motives as distinct from the theological and liturgical reasoning. We do not suggest that there are no theological and liturgical arguments made by the proponents of these deviations from liturgical norms, however, the scope of this article is restricted to their psychological underpinnings, particularly in the United States.

We propose that the primary motivation behind many of these changes stem from underlying narcissistic motives (that is, extreme self love) found in so many people in our contemporary culture. This is especially the case with the relatively small changes introduced in an idiosyncratic way into the mass. We first summarize and describe the nature of this narcissism, then apply it to the situation among priests. . . . [Snip]