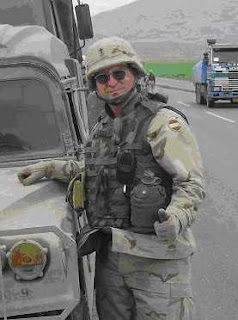 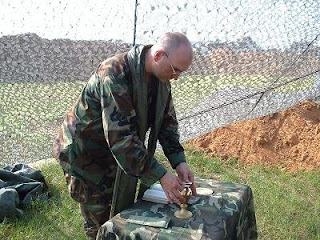 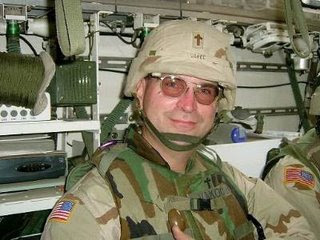 Father Timothy Vakoc, a Minnesota Army chaplain who was seriously injured in Iraq in 2004, died June 20, according to an entry on his CaringBridge Web site. No cause of death was given, and funeral arrangements are still pending.

Father Vakoc, 49, a priest of the Archdiocese of St. Paul and Minneapolis, had been living at the St. Therese of New Hope nursing facility in New Hope. He lost an eye and sustained brain damage when a roadside bomb exploded near his Humvee on May 29, 2004, as he was returning to his barracks after celebrating Mass for U.S. soldiers.

In recent years, he had been showing signs of physical and cognitive improvement.

A June 11 entry on Father Vakoc’s CaringBridge site noted that he participated with family and friends in a special Mass June 10 celebrating the 17th anniversary of his ordination, five years of post-accident life and appreciation for all those who were contributing to his care.

It said members of the Franciscans Brothers of Peace were praying regularly with Father Vakoc (pronounced VAH-kitch), who followed along in a prayer book and mouthed the words.

“His attention to the prayers and singing is a sign that his comprehension is deepening, and that he is picking up on more things happening around him,” the entry said. “Another sign of expanding comprehension is his participation in the Bible study held at the nursing home.”

Father Vakoc received the Purple Heart and Bronze Star. He also received the 2007 Distinguished Alumnus Award from St. Paul Seminary School of Divinity and the Combat Action Badge in 2007, which is awarded to soldiers actively engaged in a hostile action by the enemy in a combat zone or imminent danger area. Catholic Spirit

Today is the 16th Anniversary of the Ordination of Army Chaplain Father Tim Vakoc May 30, 2008

And let Perpetual Light shine upon him,

May his soul, and all the souls of the faithful departed,

Through the Mercy of God, rest in peace.