It's all Walt Disney's Fault! 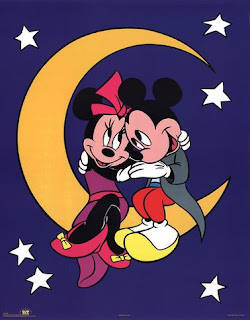 Remember that. It is the next buzzword.

(LifeSiteNews.com) - Researchers at the University of Michigan have concluded that the love stories told in classic Disney and other G-rated children's films - such as the Little Mermaid - are partially to blame for the pervasiveness of what they label "heteronormativity."

"Despite the assumption that children's media are free of sexual content, our analyses suggest that these media depict a rich and pervasive heterosexual landscape," wrote researchers Emily Kazyak and Karin Martin, in a report published in the latest issue of the Sociologists for Women in Society (SWS) publication Gender & Society.

Kazyak and Martin said they studied the role of heterosexual relationships in several of the highest-grossing G-rated films between 1990-2005.

The results, say the researchers, illustrate two ways that the children's films "construct heterosexuality": through "depictions of hetero-romantic love as exceptional, powerful, transformative, and magical," and "depictions of interactions between gendered bodies in which the sexiness of feminine characters is subjected to the gaze of masculine characters."

"Characters in love are surrounded by music, flowers, candles, magic, fire, balloons, fancy dresses, dim lights, dancing and elaborate dinners," the researchers observed. "Fireflies, butterflies, sunsets, wind and the beauty and power of nature often provide the setting for - and a link to the naturalness of - hetero-romantic love."

The SWS press release on the research blamed what they called the "old ideals" of romantic relationships, specifically those found the Brothers Grimm fairy tales, which in many instances inspired the films' storylines, for "such heavily gendered depictions and glorified portrayals of heterosexual relationships."

The team says the results point to heterosexuality achieving a "taken-for-granted status" "because hetero-romance is depicted as powerful."

"Both ordinary and exceptional constructions of heterosexuality work to normalize its status because it becomes difficult to imagine anything other than this form of social relationship or anyone outside of these bonds," they concluded.

"These films provide powerful portraits of a multifaceted and pervasive heterosexuality that likely facilitates the reproduction of heteronormativity."

The SWS press release concluded: "President Obama may have declared June to be Gay Pride Month, but entertainment for children therefore continues to perpetuate a less inclusive message, leaving those outside its confines with little to build their own dreams of happily ever after."

Sexuality expert Dr. Judith Reisman told LifeSiteNews.com (LSN) yesterday that the "politically correct" study reveals "the growing dominance of Heterophobia within academia and the spread of heterophobes among female professionals."

"Now, if the Ladies of the Sociology Society think pornography is becoming the heteronorm and that Disney is contributing to that form of what is really Heterophobia, they might have an argument," Reisman noted.

"However, the Ladies of the Sociology Society appear to favor Homoerotic child propaganda, as the current academic party line dictates."