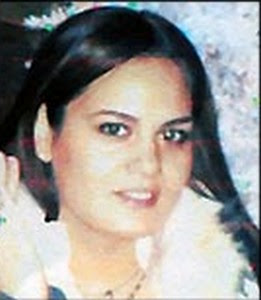 .
Ben Blackhawk, mathematics instructor at Providence Academy in Plymouth, MN, who blogs intermittently as Geometricus at Standing Thunder was horrified to learn that one of his relatives, Julia Blackhawk, became a victim of Wednesday's 35W bridge disaster. Ben is also director of the St Raphael's Parish Choir in Crystal, is married with six children and is director of a new Gregorian Chant Schola in the Twin Cities.

Ben and family member are driving down today for Julia's funeral in Nebraska. Please join me in conveying prayers and sympathies and a safe journey to Ben and his family and in particular Julia's mother and children.

Eternal Rest grant unto her, O Lord, and let perpetual light shine upon her. May her soul, and all the souls of the faithful departed, through the Mercy of God, rest in peace. Amen.


Julia Anne Blackhawk, 32, a member of the Winnebago Nation in Nebraska, was described by family members as "a young woman of quiet elegance" who was proud of her American Indian heritage.

She is one of five identified victims who died in the bridge collapse. Survivors include two sons, 12 and 9. Blackhawk, of Savage, was studying cosmetology at the Aveda Institute on Central Avenue NE. in Minneapolis. "Julia was following her lifelong dream of studying at Aveda Institute and was looking forward to her career," her family said in a statement. "Her world was for her sons, her family and her friends."

"Julia's family has been deeply touched by the concern expressed nationwide for the victims and survivors of this tragic event," the Shakopee Mdewakanton Sioux Community said in a news release. Julia's mother, Carole, is a longtime employee of the community.

Her funeral will be private, said tribal spokeswoman Tessa Lehto. A memorial fund has been established at South Metro Federal Credit Union at 15045 Mystic Lake Drive, Prior Lake, MN 55372. StarTribune

This is so sad. Julia, Rest in peace. Ben and family, may God give you comfort.