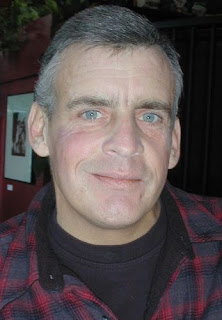 .
When the Rev. Greg Tolaas arrived at the Church of St. Philip in 1997, average attendance at Sunday mass was between 40 and 50 people. By the time of his death in 2003, it was not unusual for 500 people to pack the Minneapolis church to hear his homilies.

As impressive as that was, it turned out to be just a hint of his popularity. When he was hospitalized in the last stages of his long battle with cystic fibrosis, his CaringBridge Web page recorded 240,000 hits.

Thanks to the work of his parishioners, now everyone can have a chance to hear some of his sermons. A collection of his Advent homilies from 2001 and 2002 has been assembled on CDs and in a book.

Called "Pay Attention" -- one of his favorite expressions -- the collection was created by volunteers. As a result, all the money will go to two charities: 20 percent to the Cystic Fibrosis Foundation, and the rest to St. Philip.

The collection (one book and three CDs) is available for $45, with a $5 handling fee. Write to: The Church of St. Philip, 2507 Bryant Av. N., Minneapolis, MN 55411. You can save the handling fee by buying the collection at the church. They are available at masses, which are at 4 p.m. Saturdays and 10:15 a.m. Sundays. Star Tribune

I saw this. I knew him. RIP