Parish Mergers Planned for La Crosse: From 165 to 75


LA CROSSE -- The number of parishes in the Roman Catholic Diocese of La Crosse could be halved under a plan accepted Thursday by Bishop Jerome Listecki.

The plan is the culmination of two years of work done by a Pastoral Planning Committee charged with preserving the pastoral and spiritual care of the more than 200,000 Catholics in the diocese in the face of a dwindling number of priests. This year, the La Crosse Diocese has 101 active diocesan priests, bolstered by 30 international priests and 16 religious order priests. A demographic study done in 2005 predicts the number of diocesan priests will shrink to 82 by the year 2025.

In some ways, the plan redefines what a parish has come to mean to Catholics. Instead of one parish and one church, one parish would serve several churches.

Merged parishes would lead some priests to serve more families, meaning they would spend more time administering the sacraments and less time performing administrative duties. That would lead to expanded roles for lay people in church administration and in ministerial work.

The next step, diocese officials say, is to work out the financial, political and practical details of merging parishes. Listecki said a new committee charged with doing that began its work Thursday, and it could take years to iron out those sticky details. That work also could be hastened, he added, if the need arises.

"We needed to do this now, before we have to make decisions out of a crisis mentality," Listecki said in a special prayer service held at the Holy Cross Diocesan Center. He lauded the plan as "a collaborative and creative effort that has resulted in a respectful and responsible plan. ... The beauty of the plan is that it can be expanded or contracted as necessary."

As the need to pool resources arises, Catholics of the La Crosse Diocese will need "to look outside the parochialism that we now embrace," Listecki said.

The pastoral plan is based upon the worst-case scenario with regards to the predicted number of priests. For instance, the use of foreign priests in the diocese wasn't considered. Listecki said priests from places such as Africa and Asia are working in the La Crosse Diocese with permission from their bishops, although that could change in the future. Wausau Daily Herald 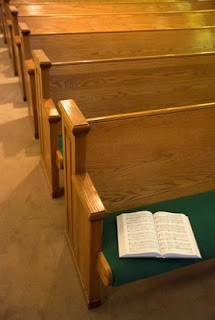 The parish has been, and continues to be, the basic unit of the diocesan Church. It is through the parish that the liturgical, sacramental, spiritual and juridical life of the Church is expressed. In this pastoral plan, the parish structure retains its place of importance. However, with the full implementation of the plan, the number of parishes is reduced from the current 165 to 75.

At the heart of each parish is what the Committee calls the parish center. The Committee was committed to using the proper structures and designations allowed by the Code of Canon Law. The Lexicon for Pastoral Planning indicates the designations with a brief explanation of each.

A single parish may have one, a combination, or all of the following. However, the parish center is a given.

C: Closure
a. Permanent
b. Possibly sell the property, excepting the cemetery should there be one