After and Before Pictures 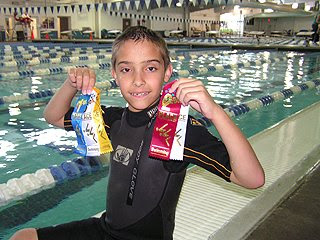 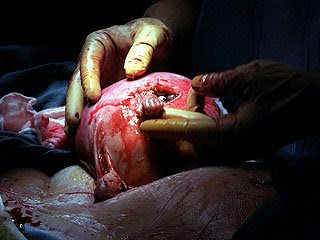 Nearly 10 years after a stunning photograph of his tiny hand traveled the world, Samuel Armas has a firm grip on what "The Hand of Hope" means to him.

"When I see that picture, the first thing I think of is how special and lucky I am to have God use me that way," Samuel told FOXNews.com. "I feel very thankful that I was in that picture."

The photo, which first appeared in USA Today on Sept. 7, 1999, quickly spread across the globe as proof of development in the womb and was later cited during congressional debates on the Partial-Birth Abortion Ban Act, which passed in 2000. . . .

Samuel, now 9 and living in Villa Rica, Ga., said the photo likely gave countless "babies their right to live" and forced many others to debate their beliefs on abortion, something he's proud of. . . .

Armas said Samuel will wear lower leg braces for the rest of his life as a result of spina bifida, which occurs when the spine fails to close properly during early pregnancy. He'll also use a wheelchair during long trips, as he did at Great Adventure earlier this week. But the mother of three said Samuel "walks great" and has been lucky enough to avoid some surgeries associated with his condition.

"He's doing extremely well," she told FOXNews.com. "We pray that he continues to be as healthy and able as he has been."

Samuel's condition hasn't slowed his activities as a decorated Cub Scout or in the swimming pool, where he took first place last weekend in a 25-yard backstroke event. . . .

"His eyes just lit up because he was born famous because of that picture," Clancy told FOXNews.com. "It was amazing."

Clancy, who was a freelancer for USA Today when he photographed Samuel's fully-formed hand, now works as a motivational speaker at pro-life events. Prior to the picture, Clancy said, he was pro-choice.

"And that's what I'm going to do, keep telling this story," he said. "It can change people's hearts. What started off as an assignment turned into a responsibility to keep telling the story behind it."

A crucial part of the story, Clancy argues, is whether Samuel reached through the 8-inch opening in his mother's uterus and grabbed Dr. Joseph Bruner's hand, or if the doctor manipulated the hand during surgery at Vanderbilt University Medical Center in Tennessee.

"I could see the uterus shake violently and then this little fist came out of the surgical opening," Clancy recalls. "It came out under its own power. When Dr. Bruner lifted the little hand, I fired my camera and the tighter Samuel squeezed, the harder Dr. Bruner shook his hand."

Bruner, who could not be reached for comment, has told reporters that Samuel and his mother were under anesthesia and could not move. In a Jan. 9, 2000, article in The Tennessean, he said he pulled Samuel's hand out of the uterus, further complicating the debate surrounding the photograph.

But none of that matters to Julie Armas. Samuel continues to thrive, and he is leading the way for his 3-year-old brother, Zachary, who also has spina bifida.

"I don't care, honestly," Julie Armas said. "What I felt the picture showed is that this is a child engaging in some form of interaction. I'm a labor and delivery nurse, so I understand that Samuel was anesthetized to some degree.

Read the complete story with more photos on Fox News